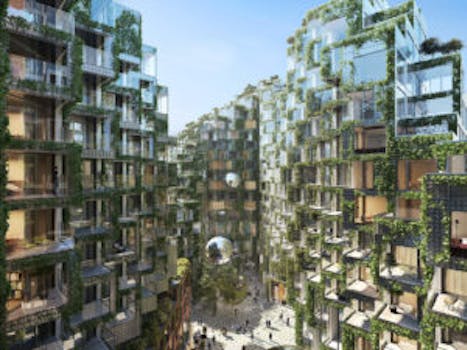 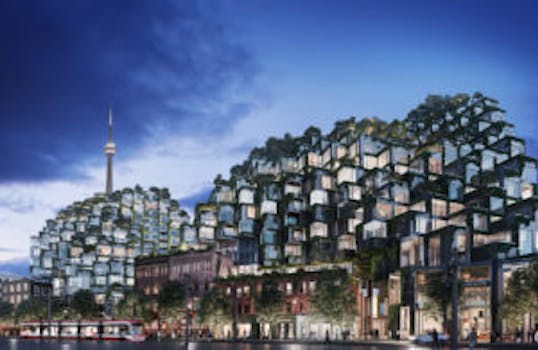 KING Toronto will transform what is already a transitional area of Toronto. At a crossroad defined by the east-west corridor King Street W and the emerging north-south connection from St. Andrews playground to the waterfront, BIG, Westbank and Allied have crafted a mixed-use development wrapped around a public plaza that will create a new centre for the community while connecting the various pedestrian pathways that crisscross the area. The starting point was a shared interest in Moshe Safdie’s Habitat 67. We were inspired by, and worked to expand upon Safdie’s experiments in using architecture to build community. The resulting building is organized as a traditional perimeter block with a centre courtyard. The plaza is defined by two distinct atmospheres: a lushly landscaped forest, paired with an urban, hardscaped court.

The balance between these perceived opposites is a reflection of Toronto’s rapid state of redevelopment: the union of old and new, an open community atmosphere in an intimate setting, calming green scenery within a bustling urban context. Surrounding this courtyard, KING Toronto rises as sets of pixels extruded upwards to create space for retail, boutique offices and housing – while still protecting the footprints of heritage buildings on the site. Each pixel is set at the size of a room; rotated 45 degrees from the street grid to increase exposure to light and air. The building mass is broken into four distinct mountain peaks, with valleys that make way for sunlight to reach the public plaza below. This undulating façade is a connective topography, promoting circulation through the neighborhood while creating green space of an abundance you would usually only expect in the suburbs.