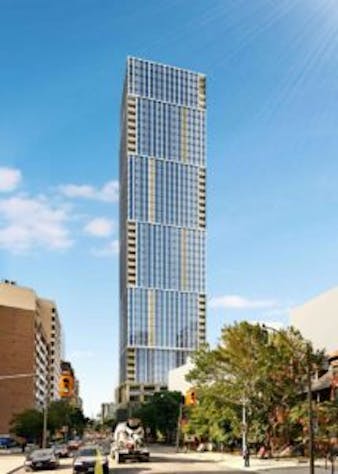 PRIME is located in the heart of the East Core (At the intersection of Dundas and Jarvis) – a thriving growth district on the east side of Yonge Street that has undergone remarkable growth in the past several years. A development by CentreCourt and Centrestone Urban Developments Inc., Prime condominiums will be located between the College and Dundas subway stations.

Conveniently located in the heart of downtown, steps from Yonge and Dundas Square, Prime Condo’s location is its best-selling feature. One of the best-connected condos in the city, whether it’s the Financial District, Ryerson Campus or the world-class health science sector and technology accelerators, every place that matters is simply minutes from Prime Condo’s front door.

Situated directly beside Ryerson’s Yonge Street Campus, and just minutes from College and Dundas TTC Subway stations, PRIME is right in the heart of the East Core,  the area just to the east of Yonge Street and one of Toronto’s most dynamic and fastest growing districts. In recent years the East Core has attracted and benefited from major investments in education, finance, technology, and health sciences, all of which has helped to drive exceptional rental growth.

With instant access to transit, established employment nodes and the city’s many attractions and amenities, PRIME is a magnet for students and young professionals alike.